Do you know a movie is written three times? Yes! This is true. The first time a script is written in the screenwriter’s laptop, the second time during production and finally in the editing room. In this article, individuals will get some of the reason why the script needs a paper edit given by Richard Rionda Del Castro. This professional is the CEO of Hannibal pictures and classics as well as producer of feature films. 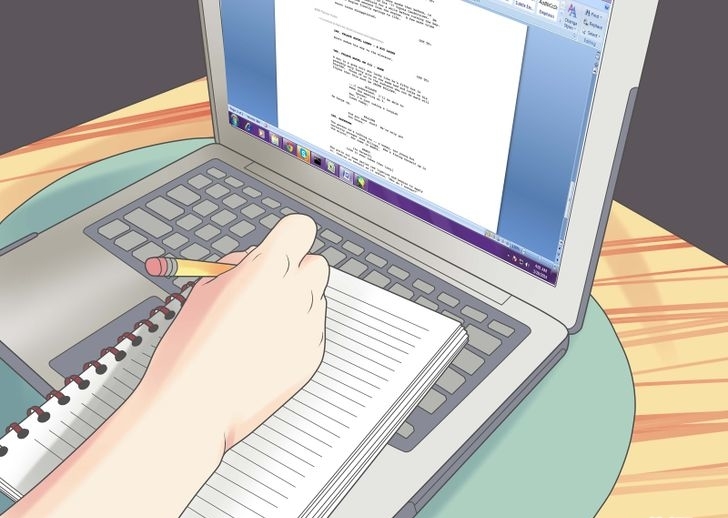 The paper edit layout the critical script of the documentary. Actually, this is not possible to get all the moments like character, themes and jokes etc. in right place at first run. Hence, the paper edit is necessary to keep all the things in the place. You should have to make the note of lines which sound awkward and improve them.

Here, are some of the reasons that show why the script needs a paper edit:

Dialogue play a crucial role in the film production. You have to keep the dialogue smaller so that it does not look like a bunch of monologues. Every writer thought that they did not write much dialogue. But as they start editing they realize that they have written too much dialogue. Hence, individuals have to trim some of the dialogues during the paper edit. In fact, the scriptwriter has to find the more creative and exciting way in order to deliver the context of the story. Individuals have to go through all the dialogues because a single dialogue can slow down the film.

Actually, one can give the information only once in the script. Along with information, the emotional beats that are trickier to the spot also need to avoid the repetition. In fact, some of the scenes end up in the trash because film producer cannot predict everything on the page. Hence, it is crucial to paper edit the story in order to evade the repetition.

Sometimes, while paper editing individuals feel that the scene is not necessary. But did not remove it because other comments that how strong the scene is. It is advisable for the writers to cut them and notice that they miss the scenes whenever they read the script next time or not. One can add the scenes later if they realize that the particular one is necessary. It is good to paper edit the scenes before shooting it in order to save the time and expense in it.

4. To Rearrange the Scenes:

Most of the time while paper editing the scenes are not found in particular order. Hence, it is necessary to edit the script once you have done with it. Individuals have to realize how the scene become better while paper editing the story. Maybe altering the scenes what precedes it or comes after it makes it more conveying. If a scene does not work then, individuals have to remove it says, Richard Rionda Del Castro. Hence, it is vital to make the adjustment on the page before the shoot.

5. Create a Picture in Mind While Editing:

The director ends up some scenes in the trash if they realize that they slow down the story. Hence, it is necessary to paper edit the script so that the story takes a life of its own.

After playing a variety of roles, Richard Rionda Del Castro, president of Marco Polo Production find it terrible – the challenges facing by independent filmmakers. While coming back from a Film Festival this spring, he ran into two veteran British film producers. Both of them had produced nigh on … END_OF_DOCUMENT_TOKEN_TO_BE_REPLACED

Difficult to believe, but camera shopping is tough. A variety of options are available to choose among, and the prices range from around 100 bucks into the thousands. Hence, an expert paparazzi Richard Rionda Del Castro has conducted test virtually every type of camera that can guide … END_OF_DOCUMENT_TOKEN_TO_BE_REPLACED

In 1992, Richard Rionda Del castro from Los Angeles County, California joined the French film production and financing company Sud Finance, the holding company of Ulysse Entertainment.  In his position, he arranged for the procurement of investment capital, for a financing of the international co-production of The … END_OF_DOCUMENT_TOKEN_TO_BE_REPLACED

Dolph Lundgren will star in the action-heist thriller “Larceny,” Variety has learned exclusively.

R. Ellis Frazier (“Misfire”) is directing from a script by Benjamin Budde (“Misfire,” “Dead Drop”), which follows a former-operative-turned-professional-thief (Lundgren) contracted by the CIA to break into the safe at Mexico’s top secret Guantanamo Bay-style prison facility and steal sensitive information being stored there.

All hell breaks loose when the local cartel boss, whose millions in confiscated cash is also being stored in the safe, sends waves of thugs and professionals to siege the facility and steal back the money.

Lundgren appeared most recently in “The Expendables 3” and “Shark Lake.” He’s repped by Gersh, Craig Baumgarten of Link Entertainment and attorney Eric Brooks.